Daniel and I are high school sweethearts. We've known each other for a long time and been through a lot together. There have been a lot of happy times with a few not-so-happy times thrown in there. Here's the story of how we met, a little about our relationship, and our engagement. 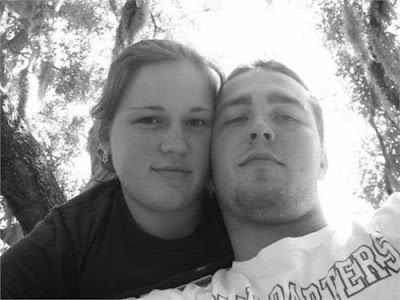 The first time we met each other we were juniors in high school. We had one class together: American History. At first we didn't talk a whole lot to one another because we sat on opposite sides of the classroom. Our teacher seemed to always need a potty break right before the start of our class, so he would lock us out of the room until he got back. It was during these times that we started to talk more and get to know one another.

To be quite honest, I never in a million years would have imagined dating a guy like Dan. At the time, he was a car fanatic, didn't go to church, and cursed like a sailor. Sure, I hang out with people like that and I'm friends with quite a few people that fill that description, but it wasn't what I had in mind when I thought of a boyfriend.

Towards the end of the school year, my youth pastor had challenged us to bring a friend to a concert event we were having at our church. Dan's name sat heavy in my mind. I knew that he was the one that I was suppose to invite. Since I was pretty embarrassed and intimidated, I recruited a friend of mine to help me invite him to our event at church. Much to my surprise, he agreed. Even more to my surprise, he actually showed up! We both had a really good time and agreed that we'd see each other tomorrow in class.

The next day was the last day of school, which meant finals. We didn't really get much of a chance to talk like we had planned. Our history exam was the last exam of the day. Afterwards, I started to walk out towards the parking lot. Dan was staying behind to talk to the teacher. Then, all of a sudden I heard my name being called out. I turned around and there was Dan running towards me with a slip of paper and a pencil wanting my phone number. So, I gave it to him and he said he would call sometime that week.

Considering  I had never been on a date before, let alone had a boyfriend, I was excited and nervous all at the same time about a boy asking me for my number. The next couple of days I waited on that phone call. Days turned into a week. A week turned into two.... Eventually I gave up on waiting. He wasn't going to call.

Towards the end of summer, I was coming up the stairs of our church heading in for the youth service when a friend stopped me. The same friend that had helped me invite Dan to the event. She said she had someone on the phone who wanted to talk to me. She handed me the phone, and Dan was on the other side. He said he was sorry that he hadn't called and explained that he had accidentally left the phone number in his pockets and it went through the laundry. I didn't care. I told him he knew where I was all summer and could have stopped by on a Wednesday night at the church to see me. He said he hadn't thought of that and promised he would be there the following week. I told him we would be gone at summer camp. Can you tell I was a little bitter?

Two weeks later, he did show up at church. We talked and caught up on what had happened during the summer. That night was my birthday and everyone was coming over to my house to have cake and ice cream after the service. Dan decided to come along with everyone else, and we got into a huge skittle fight. We were literally finding skittles behind furniture months later.

School started up the following week and we realized that, once again, we had the same social studies class. Only this time it was economics. For our semester project we decided to be business partners. The next day out in the school parking lot, Dan wrapped me in a huge hug and asked me to be his girlfriend. I know, cheesy. But hey, we were in high school, cut us a break! I agreed, and we spent the rest of our senior year together. 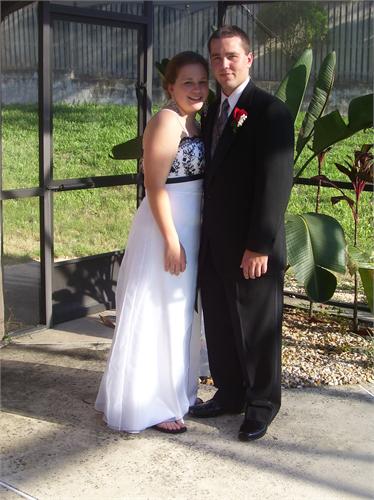 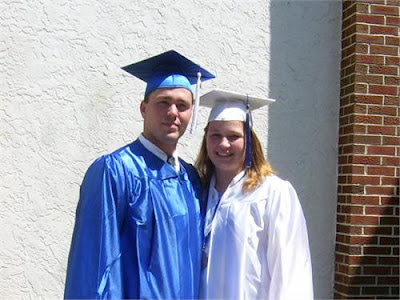 I told Dan from the very beginning of our relationship that I would stop dating him when I no longer saw myself marrying him. I'm one of those people that believes the purpose of dating is to find your spouse, the person you're meant to spend the rest of your life with. Once you realize that someone is not "the one," why waste your time continuing on in a relationship that you know won't get you anywhere in the long run? 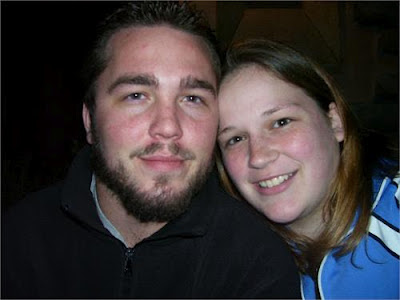 We started dating in 2005, and continued to date for the next 5 years. There were a couple times where we stopped seeing each other, but we never stopped being friends. Once we were able to iron out our differences, we were able to move forward in our relationship. We've always agreed on the fact that we want a family and how to raise that family. We have a lot of the same goals and dreams in life. Every once in a while, though, we'd disagree on things that we both felt were deal breakers. That's when our relationship would hit a bump in the road. But, by looking deep within ourselves and talking things through, we've managed to rise above any problems that we've come across. 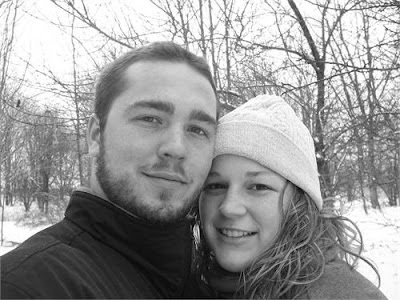 Daniel is my best friend. And he'd say the same about me. I think that's what keeps our relationship strong. We have both said that we didn't start dating because of our looks. We fell in love with each other's personality first. And I love that about our relationship. It means that 20 years down the road when our looks have changed, it won't matter, because that isn't what first attracted us to each other. 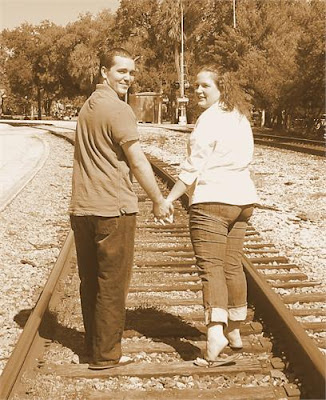 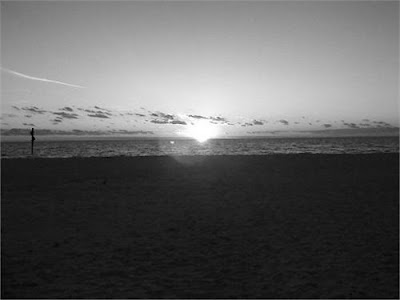 Dan's Version
I went out and bought a ring. We went to the beach. We walked around. She made me pick up sea schells. We sat on a really tall bench. While watching the sunset I proposed. She cried/blubbered. She said yes. Good enough.

We had made plans to go to our favorite beach, Honeymoon Island State Park. On the agenda: relax, collect some seashells, and watch the sunset. It was a pretty chilly & windy day, so swimming was definitely out of the question. We were trying to walk the entire length of the beach and make it back to the main beach before sunset. Walking along the beach we managed to find lots of horseshoe crab shells, sand dollars, and conical shells. It was the best day we've ever had for sea shell hunting.

When we got back to the main beach, Dan said he needed to use the restroom. so, on his way to the restroom, he stopped by the car to grab our mini cooler and blanket. Little did I know that he was grabbing something else out of the trunk of the car.

My job was to find a spot to sit. The idea was to sit on the blanket, but I really wanted to sit on one of the swings they had around the beach. But, all of the sings were either taken, or in direct view of a wedding that was going on. So, instead, we decided to sit on a bench on the beach.

So, we sat on this pretty tall bench to watch the sunset. As I ws trying to snap pictures with Dan's cell phone, he leaned over and said something along the lines of, "Wouldn't it be cool to spend the rest of our lives watching sunsets like this?" I was still a little preoccupied with takign pictures that I didn't really catch on to what was happening. Then, he pulls out the ring and asked me to marry him. I was too busy laughing and crying to respond right away, but eventually I did manage to say "Yes!"