Things have been crazy busy lately, and I've definitely been neglecting this little blog of mine. I've been getting the itch to write lately, but something always seems to get in the way. Unpacking boxes. Laundry. The never ending piles of papers to grade. Growing a tiny human... 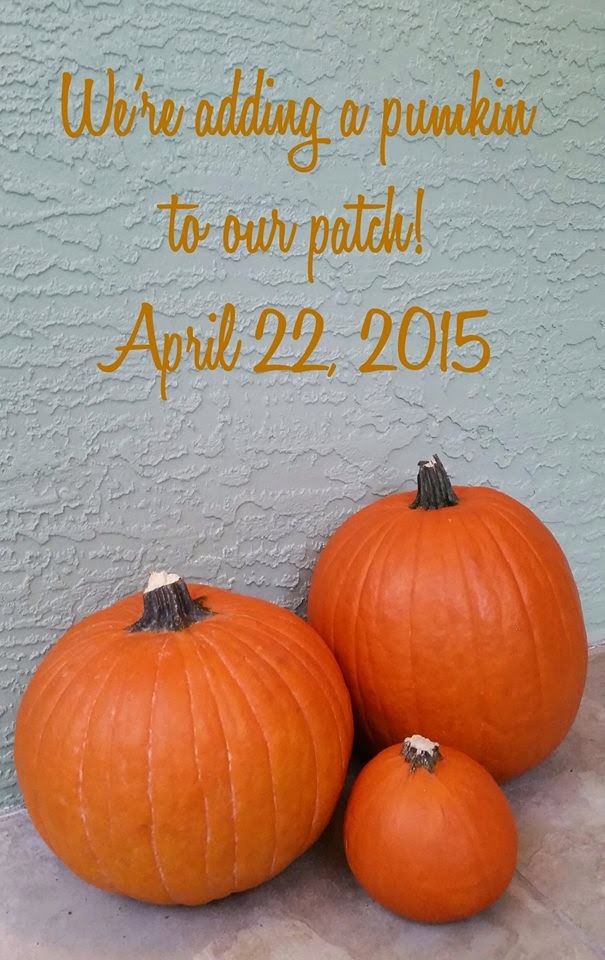 We're excited to announce that our family will have a little addition to it next Spring!


I'll share more details later, but for now, here are some answers to the most frequently asked questions we get from those we share the news with:

Are you having a boy or a girl?
It's too early to know. I have a feeling it's a girl, but not 100% positive. Most of the old wives tales hint towards a little girl. But we won't find out for sure until sometime in early December.

Do you want a boy or a girl?
Ultimately, we just want a healthy baby. I know people hate that cliche answer, but it's true. I'm the older sister, so I always thought it'd be cool to have that older brother to look after me. So a boy would be nice. But, Dan's family is nothing but boys, so it'd also be nice to inject a little bit of pink into a very non-pink family. Either way, we're excited to find out in December what this little one is.

How are you feeling?
I can't complain too much. I've heard horror stories of other pregnancies, and mine has been pretty easy going. No real morning sickness. Some heartburn here and there, but I've figured out those trigger foods and avoid them. Actually, I'm avoiding a lot of food. I seem to eat a whole lot less than I did before (not that the amount of food I ate pre-pregnancy was exactly healthy....). I take a few bites of food, and then I'm satisfied. Or, my stomach tells me that if I eat any more I'll regret it later. So, small and frequent meals/snacks have become my new standard.

Do you have any names picked out yet?
I'm starting to believe we won't have a name picked out until the baby arrives. Dan and I can't agree on anything! We know names we don't like, but can't seem to agree on names we do like. At this point, we agree that it'd be nice to include a family name somehow (probably middle name). Other than that, we're waiting to find out if it's a boy or a girl before we try to pick out a name again.